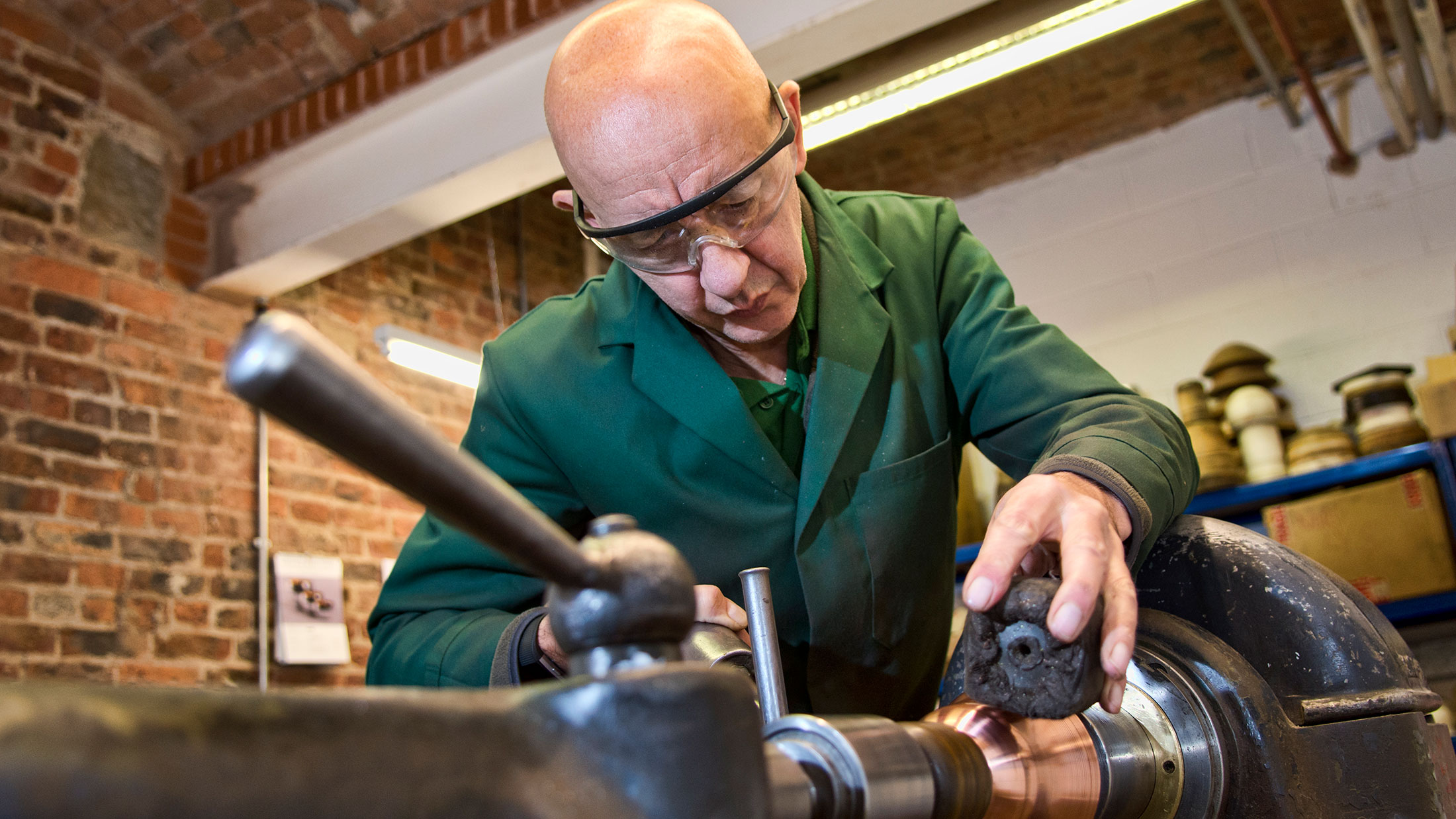 The origins of the term ‘Little Mester’ are uncertain, but it is used to refer to a particular kind of craftsman in the town of Sheffield and the surrounding area.

Often described as the backbone of Sheffield’s cutlery and tool-making industries, the Little Mesters enjoy a reputation as highly skilled and specialised workers. Traditionally, they were part of a system whereby Master Manufacturers, who had enough capital to finance all the stages of production, marketed finished goods while Little Mesters, self-employed and with their own workshop space, carried out the different stages of production of the goods, which had been ordered by the manufacturer. This could include spinning, buffing, engraving, polishing and a variety of other disciplines. Today, Sheffield is still home to a number of Little Mesters.

Dave Allison is a metal spinner. Spinning is a technique used to form a vessel from a flat disc of metal by rotating it at high speed on a lathe and shaping it around a form or ‘chuck’ to achieve the desired shape.

Apprenticed to the trade at the age of sixteen, Dave now operates from a workshop in Butcher Works, a renovated Victorian cutlery factory in the heart of Sheffield’s historic silversmithing district.

“That,” says Dave, brandishing a burnish, “was made by the guy I was apprenticed to, when he was an apprentice himself.” It is an old steel file, ground by hand to adapt it as a burnish, by a fourteen-year-old just after the Second World War, still in use today.

This is a fascinating phenomenon in the metalworking trade, especially in Sheffield, where it is not unusual for a metalworker’s tools to out-date him by many decades. Dave’s lathe we calculate to be of a similar age to the burnish and some his wooden chucks are over a hundred years old. 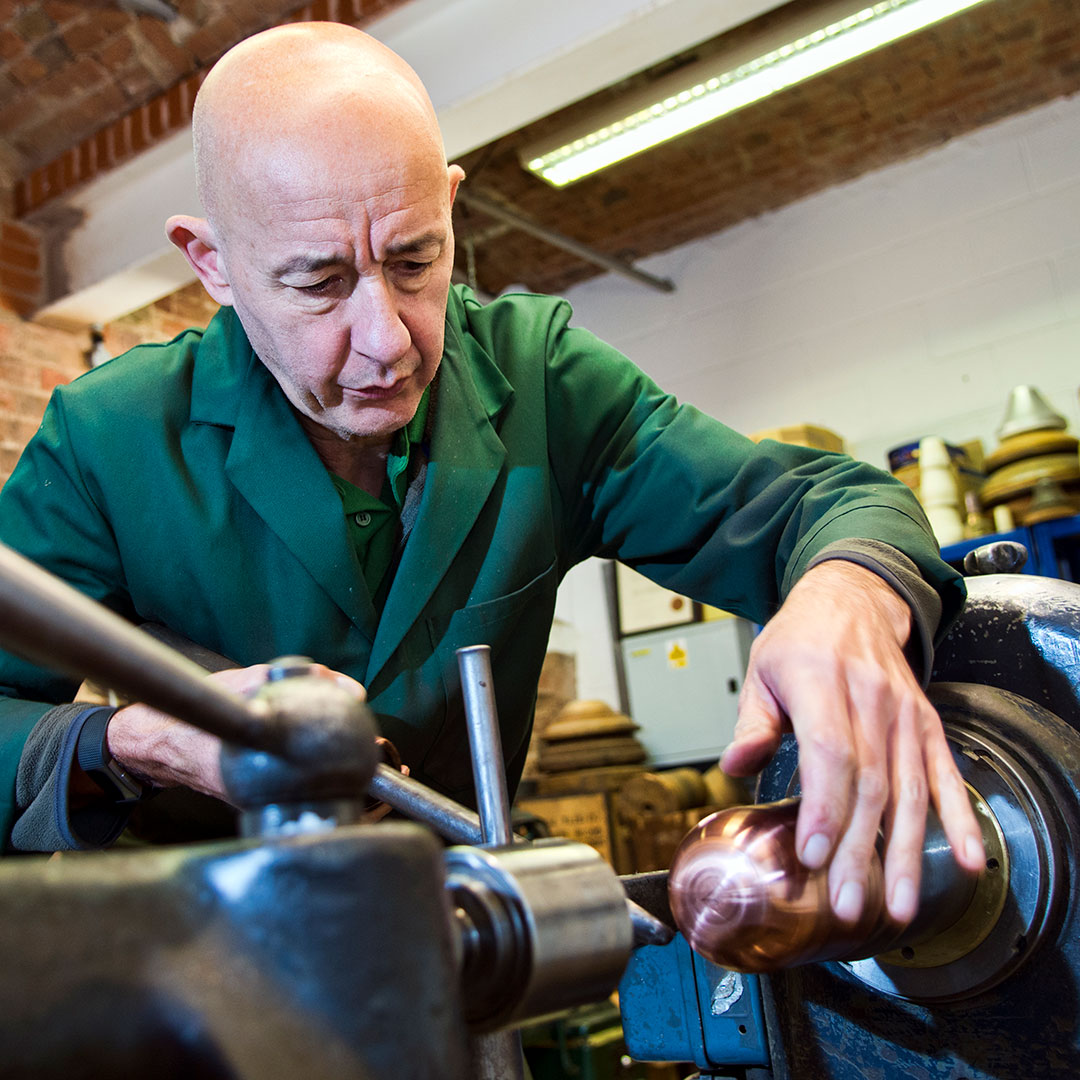 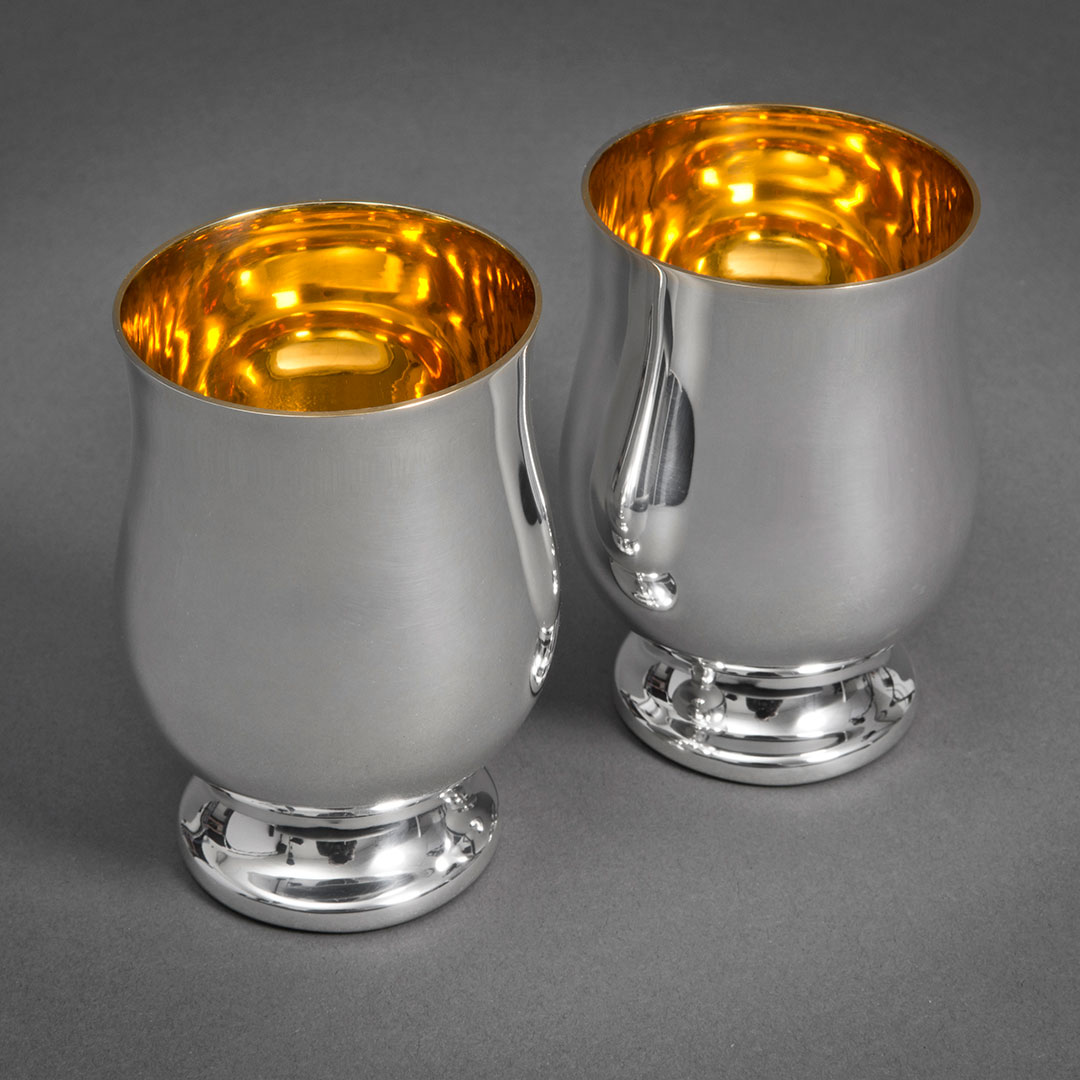 “My dad was in the trade and worked for himself. I wanted to do the same. Working for a larger firm could be ridiculously boring. We’d get orders in batches of a thousand and that really does get repetitive. I wanted to do something more taxing, with more prestige to it.”

Dave followed in the footsteps of his grandfather, father and uncle, who all had careers in the trade, when he took up his apprenticeship at Sheffield firm Coopers in 1975. Asked about his own understanding of the term ‘Little Mester’, he recalls a mother of pearl polishers’ building with windows that looked out over the courtyard of Coopers where, as an apprentice, he was startled one winter’s evening by a ghostly face peering out at him from inside the dark building – a Little Mester working late beneath a single light bulb. Dickensian as this might sound, Dave confesses that despite working for larger companies for the first part of his career, it had always been his long-term ambition to set up independently as a craftsman.

Dave cites his most prestigious job to date as a replica he made of Admiral Nelson’s own personal grog cup. “[Sheffield silversmith] Bob Lamb walked into my workshop one Friday afternoon, handed me something in a Sainsbury’s carrier bag and said, “Copy that. Don’t lose it.”

Baffled by the plant pot shaped vessel, Dave only realised its significance when he noticed the engraving on the underside, which read ‘Horatio Nelson’s Grog Cup’. He would not be drawn on whether or not, while copying the cup, he had been tempted to drink from it himself. 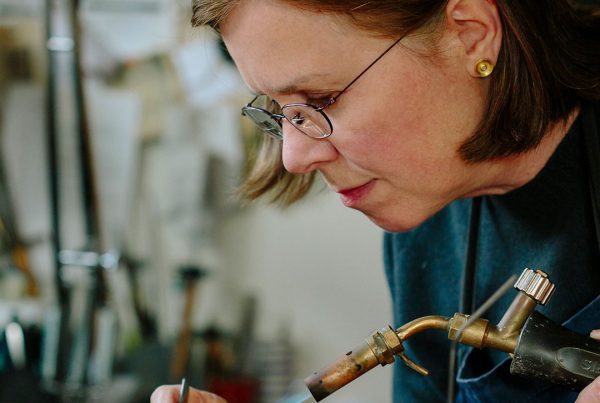 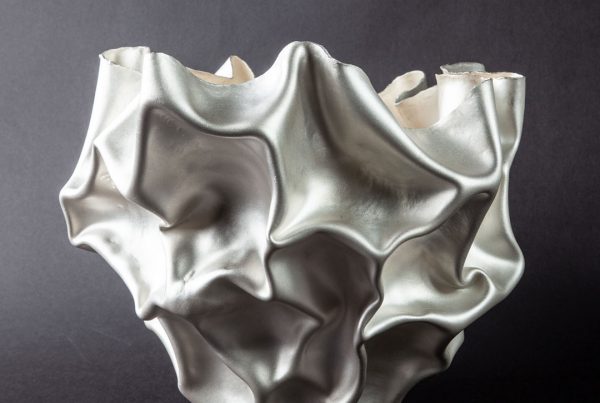 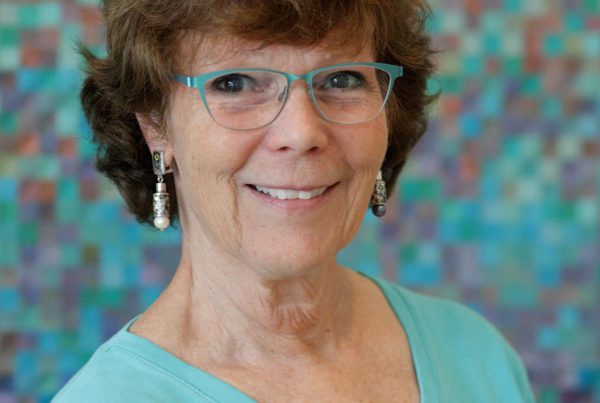 Alexandra Raphael – Letting in the Light

Close Menu
APPLICATIONS FOR GOLDSMITHS NORTH 2023 ARE NOW OPEN
We use cookies on our website to give you the most relevant experience by remembering your preferences and repeat visits. By clicking “Accept All”, you consent to the use of ALL the cookies. However, you may visit "Cookie Settings" to provide a controlled consent.
Cookie SettingsAccept All
Manage consent